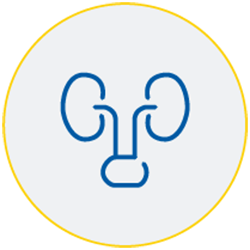 The Urology service of CEMTRO Clinic is composed of highly subspecialized urologists, that is, very experts in a specific area of Urology.

Our prostate cancer unit bases its excellence on the grounds of a carefully studied diagnosis of prostate cancer and an advanced, tailor-made, surgical treatment using minimally invasive techniques.  We acquire the latest diagnostic innovations with the aim of avoiding unnecessary surgeries and optimizing results.  Our hospital was the first centre to perform guided prostatic biopsies by image fusion with ECO-MR,  a technique with tremendous advantages over the traditional biopsy for prostate cancer diagnosis.

For prostate cancer surgery, we are proud to have with us Dr. Richard Gaston, the first surgeon to perform laparoscopic radical prostatectomies and the one with the most experience in robotic surgery in urology.  His exclusivity agreement with Clínica CEMTRO means it is here where he carries out his surgery and academic activity, while sharing and transmitting his knowledge and skills to Dr. Fernando Gómez Sancha and his team.

Working with Dr. Gaston and having the Da Vinci surgery robot as state-of-the-art technology in robotic surgery has enabled Clínica CEMTRO to become the reference centre in Spain for the treatment of prostate cancer.

MRI and ultrasound-guided prostate biopsy using soft image fusion allows doctors to carry out a prostate mapping, a HD map of the prostate using MR and thus perfectly define specific areas with high or low suspicion of prostate cancer. These images are then fused with those from the ultrasound-guided biopsy images.  This way, biopsies are more efficiently targeted to suspiciously malignant areas, increasing the biopsy’s sensibility and specificity and thus categorizing the cancer more precisely.  Additionally, a transcutaneous perineal biopsy means the risk of complications and specially infections is almost non-existent.

Gaston, one of the most prominent urology laparoscopists in the world, developed a new technique which allows doctors to perform laparoscopies while preserving erectile nerves and thus avoiding both incontinence and impotence. LRP has revolutionized the treatment of prostate cancer.

Dr. Gaston has been teaching this technique to many urologists around the world.  Clínica CEMTRO is proud to have Dr. Gaston in its urology team, all the way from Bordeaux, France to operate with us.

Cryotherapy is a minimally invasive technique by which six to eight needles are introduced, via the perineum, into the prostate gland, with no need to perform surgery.

This procedure is indicated in tumours which have not developed beyond the prostatic gland and a favourable aggressiveness profile, as well as in aged patients running a high risk if surgery is necessary. Reports and studies have shown prostate cancer cryotherapy to be highly efficient, showing fewer complications and being less aggressive when compared to other treatments for this stage of the illness. Dr. Fernando Gómez Sancha was one of the first surgeons to introduce prostate cancer cryotherapy in Spain in 2003. 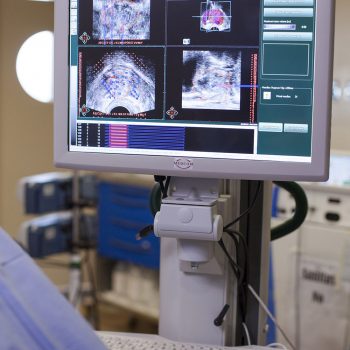 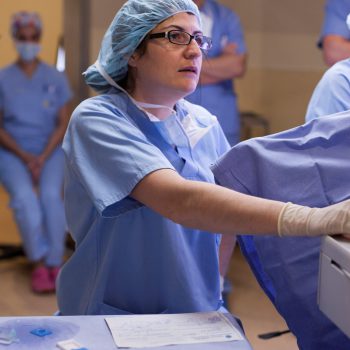 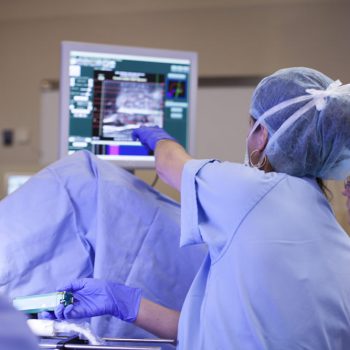 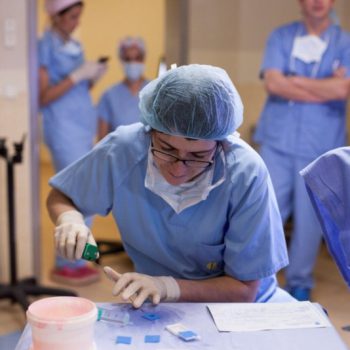 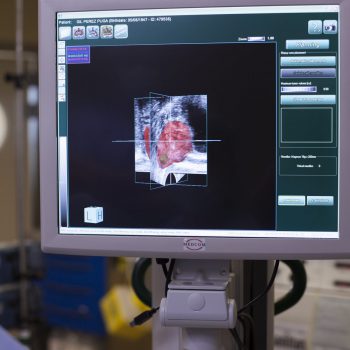 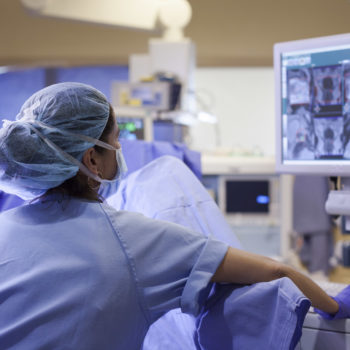 In those cancers which are well localized, that is, clearly limited to the prostate gland, high-intensity focused ultrasound is usually efficient when it comes to destroying prostatic tissue with almost no side-effects and with a very brief post-op recovery time.

IN comparison to the usual techniques applied to localized prostate cancer such as radiotherapy or prostatectomy, ablative procedures such as ultrasound or cryotherapy are definitely an efficient alternative with a much lower risk of post-op complications.

Dr. Gómez Sancha introduced this technique in Spain in 2007 and now combines this treatment with green laser use to treat prostate cancer.

Members of the team

Benign prostatic hyperplasia is a condition affecting 20% of males at some point in their lives.  Traditional treatments for such a condition meant complications were highly likely and hospital admissions lengthy (open prostatectomy or trasurethral resection).  The arrival of green light laser therapies revolutionized the treatment of this pathology. Dr. Gómez Sancha, as part of the Institute for Advanced Surgery for Urology (ICUA), introduced green light laser (photovaporization with green laser) in Madrid, a technique which vaporizes, in a minimally invasive way, prostatic tissue presing on the urethra and impairing micturition.

Green light laser prostatic enucleation is a technique developed by Dr. Gómez Sancha which has been warranted by various panels of international experts in prostatic hyperplasia and represents a revolution in the treatment of this illness.  Dr. Gómez Sancha performs over a hundred prostatic enucleations each year and over two hundred photovaporizations while also performing this technique in other hospitals in Spain, Europe, Australia and North America both as clinical and training acticvity for other urologists.

Green light laser prostatic photovaporization is currently the preferred technique when dealing with prostatic hyperplasias due to its technical simplicity, its quick execution and the brief post-op recovery, allowing patients to be discharged on the same day.

Laser prostatic enucleation is a revolutionary technique which allows minimally invasive treatments in patients with enlarged prostates; patients who until recently had the only option of open surgery or were likely to develop prostate cancer.

Green light laser prostatic photovaporization is currently the preferred technique when dealing with prostatic hyperplasias due to its technical simplicity, its quick execution and the brief post-op recovery, allowing patients to be discharged on the same day. 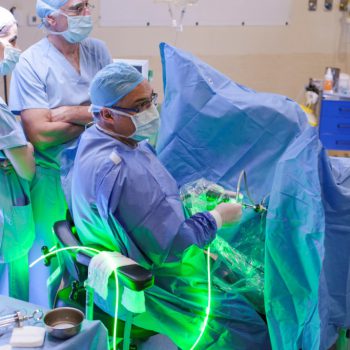 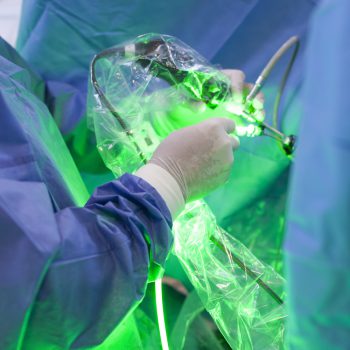 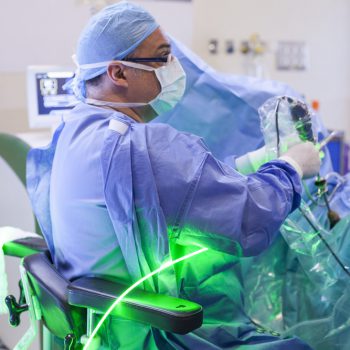 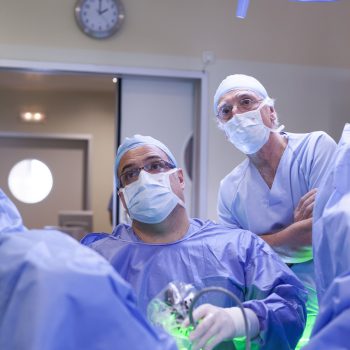 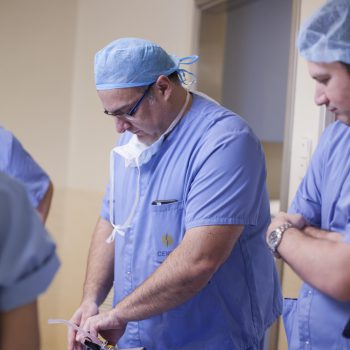 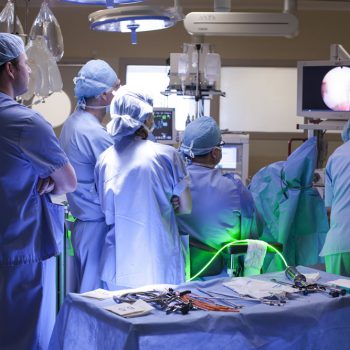 Laser prostatic enucleation is a revolutionary technique which allows minimally invasive treatments in patients with enlarged prostates; patients who until recently had the only option of open surgery or were likely to develop prostate cancer.

Members of the team 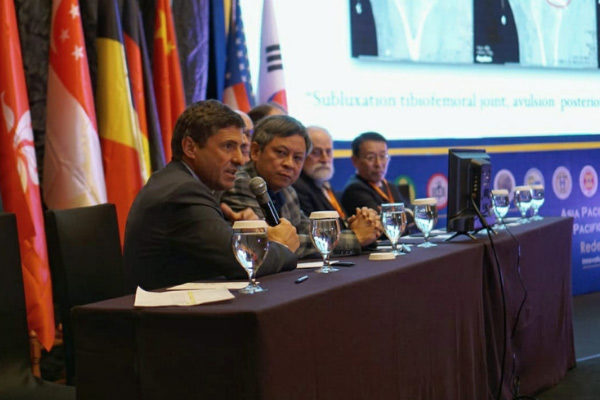 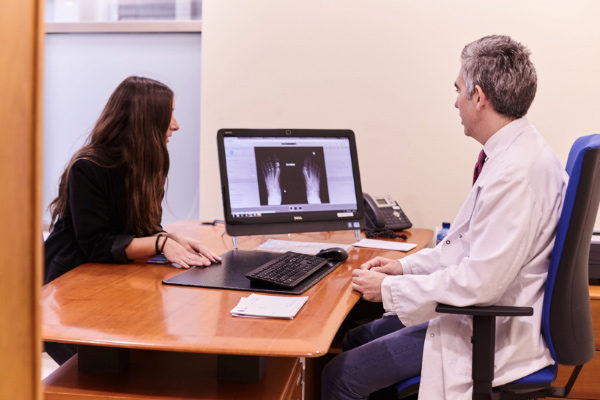